Today, there's a rather substantial talent gap in the tech industry. It's been estimated that the number of open computing positions will exceed qualified candidates by nearly 1,000,000 in 2020. Whether it be software engineers, data scientists, IT specialists, it now seems standard for companies to have open positions that can't be filled. As the 21st century continues to roll on, an increased need for tech and computing professionals will continue to grow, widening the tech talent gap even further.

As such, computer science and coding bootcamps have emerged as a popular choice for those seeking to enter the tech industry and obtain one of these open positions. One of these coding bootcamps is the Lambda School, but should this be one you should enroll in? It's worth mentioning that the Lambda School has been mired in several controversies, as of late. There have been claims that the first iterations of its curriculum seemed rushed, along with the success rates of students being exaggerated.

So this begs the question: is Lambda School worth the money, in the end? Are the success rates of their alumni as good as they claim? Can the signing of an ISA with the bootcamp be considered a wise investment in your professional development? Let's find out:

There are many coding bootcamps out there, each of which may have very different price tags. The Lambda School has a rather large tuition price at $30,000. Although, currently in the midst of the COVID-19 global pandemic, they've slashed their prices to $15,000.

The Lambda School offers its students two options for paying their tuition: all up-front, or partially at a later date with their Income Sharing Agreements (ISA). An ISA contract means you agree to pay 17% of your gross salary for two years as soon as you start making $50,000 following your Lambda graduation.

Lambda School has two main courses: data science and full-stack web development, both of which are either 9 months or 18 months long, depending on your choice of a full-time or part-time schedule.

Lambda School is a coding bootcamp that is entirely online. Unlike some others, they have no in-person or campus offerings for their programs. This may not be a problem for some, as you'll be able to participate in Lambda's curriculum regardless of your particular location.

After 9 or 18 months, Lambda students will walk away with an official certificate of completion along with some collaborative projects for your portfolio that are aimed at demonstrating solutions to real-world problems. Not only that, but Lambda provides its students with mock interviews, resume polishing, and career coaching. The school will match you with a local professional in your field to also give you advice regarding your portfolio, your job prospects, and help you build your professional network.

So, at the end of the day, Lambda School students can walk away with the start of an industry-leading portfolio, access to their large and lively student/alum network, a polished resume, some top-of-the-line interviewing skills, and a professional mentor that could help you on your tech career journey.

As is the case for the data science course, the full-stack web development course includes opportunities to work on a real-world project with a small team of your peers.

The success rate of any bootcamp is a very important factor in an enrollment decision. Lambda itself claims that 86% of its graduating students find a tech job paying $50,000/year or more within six months. Not a bad success rate, by any means.

However, a report by Intelligencer published in February of 2020 found that Lambda School, in an investment memo called "Human Capital: The Last Unoptimized Asset Class" for the startup incubator Y Combinator, states that "We’re [Lambda School] at roughly 50% placement for cohorts that are 6 months graduated."

Intelligencer goes on to say that this number, 86%, is derived from Lambda School's first cohort of 71 students, and even that number, according to a former director of career readiness, may be exaggerated. If this is the case, Lambda School has a much lower success rate compared to its competitors.

Who Should Enroll in Lambda

It goes without saying that those who seriously wish to become full-stack web developers or data scientists should be the ones enrolling in Lambda School.

Is It Worth It?

Is an education at the Lambda School worth it? It's a fair question, as coding bootcamps have become much more controversial in recent years. And, quite frankly, the tuition at Lambda School is definitely on the high end when compared to other similar bootcamps. Potential students should definitely think carefully about enrolling at Lambda School. $30,000 is not an insignificant sum for most.

Not to mention the increasingly controversial nature of the Income Sharing Agreements that are commonplace at bootcamps like Lambda. Legislators such as Elizabeth Warren of Massachusetts have warned of the potential for ISA agreements to be misleading or deceptive in their nature.

Ultimately, the question of whether the Lambda School is worth the $30,000 or 17% of your gross income for two years relies on what exactly you're intending to gain/do with a Lambda School education. If you're simply looking for a certificate that suggests you're knowledgeable in web development or data science, you may be disappointed. At every tech job you interview for, you will be competing with those candidates that have a college degree.

Also, as we mentioned, Lambda School's success rate might not be as rosy as their website suggests. If the real success rate is around 50-60% of graduates finding a $50k/year job within six months, as some of their internal investment documents have suggested, then the prospect of forking over $30,000 becomes more problematic, especially considering the price 2x more expensive than average tuition at comparable bootcamps. Not to mention the fact that several students from Lambda's earliest cohorts reported that the curriculum felt underdeveloped and rushed. The teaching staff has long been criticized for being unqualified, which left many students to rely on self-teaching and outside resources to complete their work.

Quite frankly, if these criticisms do have merit, Lambda School is not worth the money, especially considering there are numerous other bootcamps with the same kinds of curriculum for a significantly cheaper price tag.

Lambda School Compared to Other Bootcamps

Yet, General Assembly does give their students the option to learn in one of their many campuses throughout the country, whereas Lambda is entirely remote. Not only that but, General Assembly offers more options in terms of their academic curriculum to their students, with full-time courses in software engineering, user experience, data science, and digital marketing. Lambda School, on the other hand, offers only a data science and full-stack web development courses.

App Academy is a coding bootcamp based in San Francisco, CA. However, unlike General Assembly and Lambda School, App Academy only offers courses regarding software engineering. Like many bootcamps, App Academy offers its students the possibility of an ISA if they don't want to pay the full tuition up front.

While App Academy does give its students an in-person option on their campus, unlike General Assembly, there is only one campus in San Francisco. This is important to note because, while both App Academy and Lambda School advertise their professional networks and alumni connections associated with each bootcamp as a selling point, App Academy is located right in the heart of the tech industry. In this sense, the connections you make at App Academy could be much more valuable than Lambda's, given the proximity to Silicon Valley.

Springboard is a software engineering, machine learning/data science, and UI/UX bootcamp that puts a lot of its emphasis on matching students with individual mentors. Springboard matches students with a professional mentor that works in their industry who will meet with them 1-on-1 every week. In addition to the instruction provided by the bootcamp, these mentors will give their students technical guidance and career advice while holding them accountable to their goals and keeping them motivated to succeed.

Lambda School has definitely made many headlines for a coding bootcamp, both good and bad. Ultimately, graduating from Lambda School will most likely make you more qualified to enter the tech industry than if you hadn't. However, it has to be remembered that it isn't immune from its fair share of problems and criticisms-many of which are rather serious. It's also much more expensive than the average bootcamp.

Enrolling in Lambda School, and any bootcamp for that matter is no simple matter. It shouldn't ever be a decision that's made in haste, and you should consider several bootcamps and their course offerings before you make your final decision.

If you're now ready for the job search, you should look into our software engineering prep course. Whether you've just graduated Lambda School/another bootcamp or you want to assess how you might do in a coding interview, our course will be very helpful. So, what are you waiting for, sign up for Exponent’s Software Engineering Interview Prep Course! 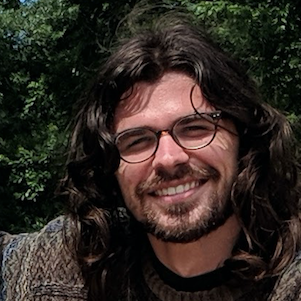 How to Pitch Your Product Vision in Product Management Interviews Product School Review: Everything you need to know before considering PM Bootcamps